AsterMavors® aims to produce proteins which are mass market consumer friendly being stable and tasty across ages and culture groups, these are expressed in highest yield affordable cost linearly scalable quality. No antibiotics in chemically defined affordable cost food grade media with full traceability and no contaminations. Lower cost to grow with fast population doubling, lower energy consumption, linearly scalable purification but to the limit for food grade for consumption (not as drug). Ensuring it’s regulatory generally regarded as safe (GRAS) despite it being a novel food. Consumer approved in which it is non-genetically modified organism, labelling, language if it is natural or vegan. Sustainable in waste management in possibly upcycling giving it to feedstock, carbon-footprint, and no animal testing.

Click here to learn more about our food ingredient and product offerings.

Esco Aster Tide Motion Bioreactors can be chained to operate in conjunction with other bioprocessing platforms such as artificial kidney dialyzers to recycle media, artificial livers, and as well as feeder cell culture which provide an ultra-low cost of growth factors to further reduce the COGS of food ingredient. Growing plants on Mars is a big hurdle such that our conventional plant agriculture techniques would not be all suitable in the planet. Martian soil is not fertile since it does not contain any organic matter. The average temperature is -64°C and atmospheric composition is mainly CO2. Hence, crops that are more resilient and can survive these conditions are being studied for possible agriculture on Mars. More resilient and less resource demanding system is cellular agriculture which could also provide more calories for future Martian inhabitants and visitors.

Various microbial proteins such as hydrogenotrophs that thrive on CO2 first studied by NASA in 1960s can potentially produce 9 essential human amino acids which allow a closed loop carbon cycle to culture alternative proteins during 6 month interplanetary travel as well as in atmospheres such as mars which are 95% CO2 within the atmosphere. COVID-19 pandemic in 2020 showed how vulnerable Singapore is for food self-sufficiency with closed borders and restricted inter-country travels. Even within countries such as China, interstate travel was prohibitive that with ongoing Black African Swine pandemic in 2019 affecting and culling 100 million pigs which resulted in skyrocket in pork pricing.

In line with our vision to become more self-sufficient and have 30% of domestic food produced locally, Esco Aster is providing the manufacturing platforms for Singapore and market access via our channels and partners in ASEAN.

Esco Aster can then tech transfer internally into countries such as China with dedicated sites for domestic production via our design, build and operate fee for service models. 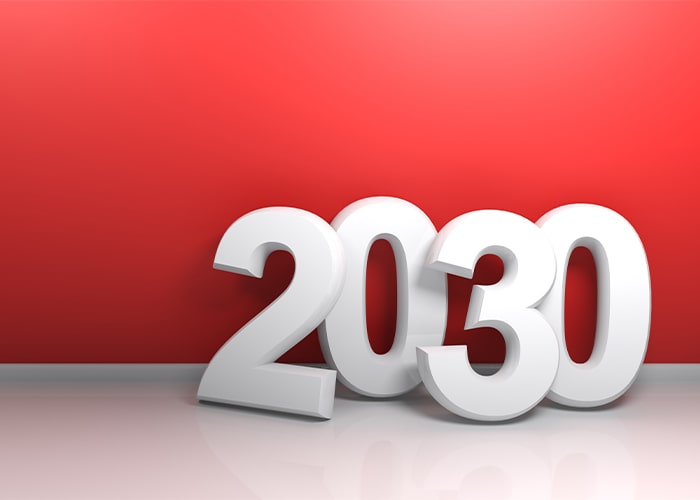 From import to local production

Current local food production only accounts for 10%, which means Singapore needs to surmount 20% this decade to achieve its goal. Efforts such as vertical or urban farming, research and development in the agricultural industry are one of the main strategies.

Singapore’s robust food importation has been tested during the COVID-19 pandemic. Yet, years of planning and securing diversified sources prevented any food shortages when some food providers closed borders. Planning is key and thus, “30 by 30” would be beneficial in case of future global disruptions in food importation.

More resilient, low footprint, and robust systems include novel food technologies such as cellular agriculture and alternative proteins. These technologies have the potential to provide healthy food options which are produced through sustainable and local means. Shifting to alternative food requires the acceptance of consumers to be able to sustain production costs. Novel food technologies run the risk of neophobia and/or technophobia for unaware consumers.

An educational campaign and community engagement are likely to help in increasing awareness of these food technologies to gain traction towards further development and cost reduction. 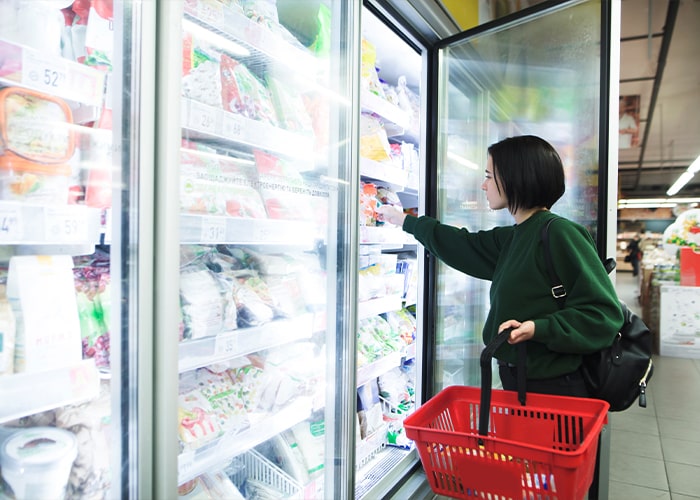 One World. One Health

Rooted on Earth we are working towards a sustainable Protein Future.

Earth is projected with growing affluence, the rise of the middle class, and hence increase of meat consumption to run out of space by 2050 with global population projected to reach 10 Billion. The United Nations Food and Agriculture Foundation predicts farmers will need to increase food production by 70% with only 5% land increase to meet expected food consumption

Current conventional agriculture cannot cope up with this target as it is highly unsustainable. Greenhouse gas emissions from livestock farming, mainly from ruminant enteric fermentation products, account for a larger contribution than the worldwide transportation sector. Also, current conventional farming cleared an area of land equivalent to the size of Africa and South America combined. Hence, alternative systems that are less resource-demanding and GHG-emitting should be developed to feed the global population by 2050. 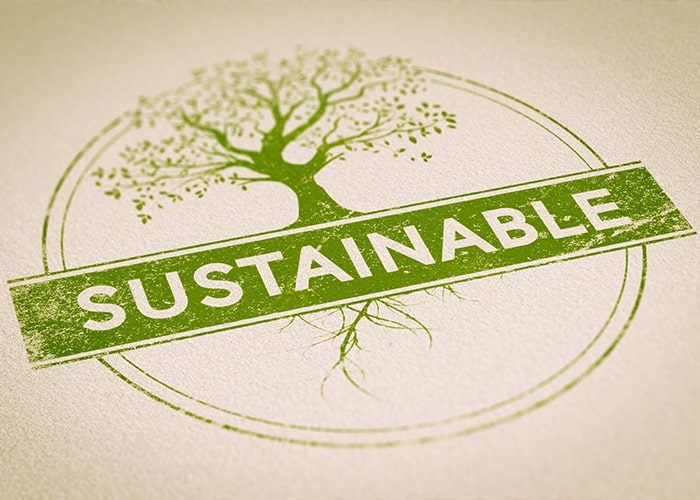 We view food sustainability via cellular agriculture working in parallel with:

A. One World. One Health 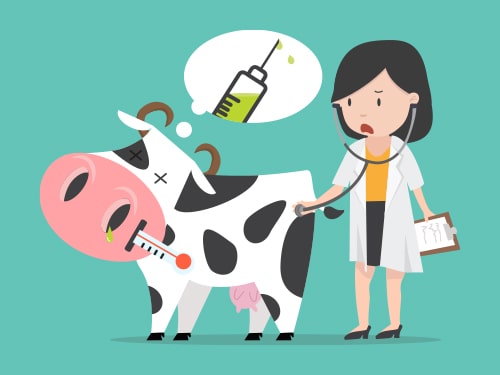 Affordable animal health vaccines to eliminate the need for antibiotics and reduce the amount of antibiotics used by developing country farmers.

Use of antibiotics in livestock farming is problematic as it could generate antibiotic-resistant microorganisms which can be directly transmitted to animal handlers or contaminate the environment including soil and water which can eventually infect neighboring animals and humans.

Pet animals are also part of meat consumers, which is part of the percentage of meat sold in each country. Hence, cellular agriculture provides sustainable options including plant-based proteins for animal foods.

B. Zero waste economy via upcycling of food waste and byproducts using fermentation. 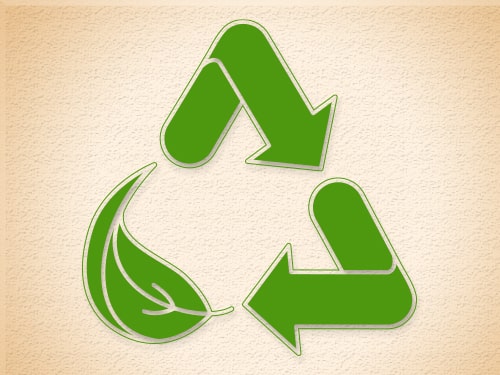 Agricultural products are most often processed to remove trimmings, peels, and bran to sell a final product. These often generate high amounts of food waste and byproducts which may end up in landfills and create further GHG emissions from the decomposition process. To prevent these, some wastes are also burned which not only releases more GHGs but also means additional costs for waste handling. These byproducts and wastes still contain nutritional components including fibers, proteins, lipids, etc. which can be tapped for upcycling.

Soymilk and tofu production generates byproducts including okara and soy whey. Tons of these byproducts are generated which some companies dispose of and are wasted. Transforming these byproducts into new economically and environmentally-valuable products, or upcycling, can be achieved through fermentation technology. NUS researchers have developed Bio-okara which fermented okara with the yeast Yarrowia lipolytical to obtain more fibre-containing but similar to soybean tempeh. Other NUS researchers also transformed soy whey into an alcoholic beverage, coined Sachi, using a patented fermentation technology

Despite its smell and tang, durian fruit is popular among Southeast Asians but the bulk of the fruit is usually discarded including its husk. The husk contains cellulose, which was extracted by NTU scientists and combined with glycerol, and natural yeast phenolics (antimicrobial activity) create an antibacterial bandage.

Also in Singapore, the black soldier flies of the first insect farm of black soldier are fed daily with the country’s food waste. These are then extracted for biomaterials such as chitosan, organic semiconductors, and animal feed. Black soldier flies are also fed food waste to then produce aquaculture or pet feed. The solid waste from black solider flies remnants are then used for composting as nutrient rich biofertilizers.

Barley and malt production generates barley grains as by-product, which have been used in upcycling to starchless W0W™ noodles. These noodles can then be enjoyed not only by noodle enthusiasts but also diabetics.

With production methods that are free from hormones, antibiotics, pesticides, or herbicides enabled and in line with our Company Vision of the highest yield at affordable cost with linearly scalable quality by design.

Aster stands for microtubule kinetochores which aid in cell division during mitosis which our platform aids in cellular agriculture cell division.

Aster also stands for Star and Mavors is the poetic name for Mars. Hence "Star Mars" which if SpaceX is sending humans into mars they are going to need a means to produce food since it’s a 6 month journey from Earth to Mars.

Hence, we envision enabling food /alternative protein self-sufficiency on Mars just as have worked in since 1 decade ago, we have been working on vaccine/biosimilar self-sufficiency.

Mars is also related to March which in turn is named after Martius and March 2021 is the month first overall concept was drawn of AsterMavors®.